Unearthing the Unusual in the Usual

As promised, here's the first of two posts about the BristolFlash NFFD workshop: this time I'll focus on Calum Kerr's sections of the workshop and next time Pauline Masurel's. 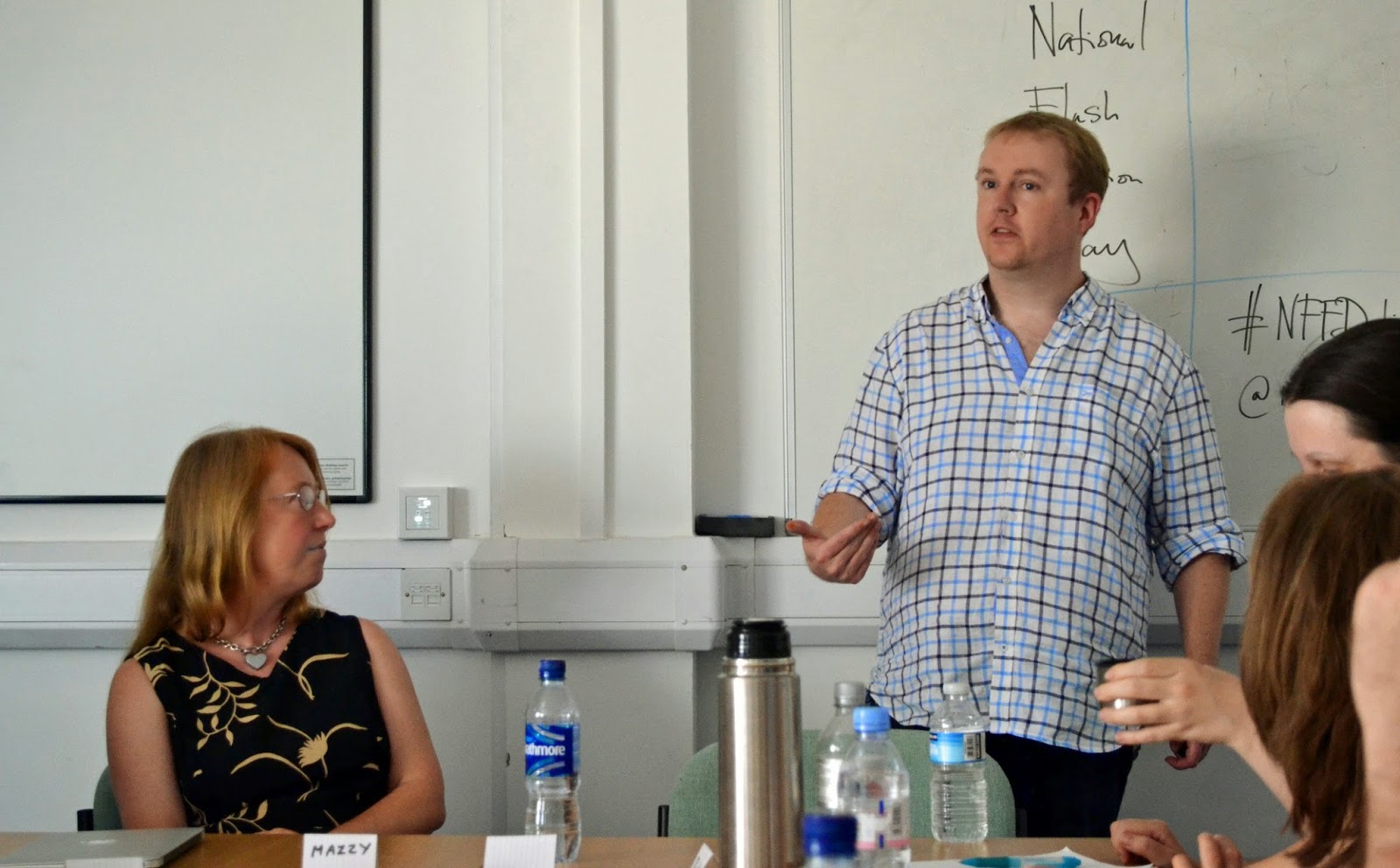 Calum kicked off with an exercise he employed last year based on the senses. With just a couple of minutes per sense, write what you hear, what you see, etc. During hearing, as if planned, seagulls turned up outside to break the near silence of the library and background of the aircon. What I wrote this year was quite different to what I wrote last year, as was the discussion in the room afterwards. An interesting observation I hadn't considered before is that taste is a sense that captures the recent past rather than the present.

Calum also took the closing third of the workshop. This centred around another exercise that looked at the ordinary and familiar under the microscope. First, pick three ordinary things from last week, then have the person next to you pick the one you're going to write about; you do the same for them. Then write what happened. Just what happened. No writerly indulgence, no fiction, no subtext, as it was. Then go for it. Over the top — fiction, hyperbole, metaphors, melodrama, bring on the adjectives and adverbs — feel free to overwrite!

Mine started simply enough: I put the empty wine bottle into the recycling bin. It ended up as...

The hopes of the team died with the final whistle, sorrow pealing out across the streets and pubs and homes. In the enclave of their front room, husband and wife stared in silence at the screen, at the fans on the pitch, the fans of the other side.

They turned from the altar of the television, the unwritten scripture of false hope, as it donned a veil of silence and mourning black. They gathered together the maudlin remains of their meal, the broken sacraments of wine and artisan bread, the grails of their glasses, the deal-of-the-month wine and overpriced bread that had served only to become the body and blood of Christ, Jesus and I can't believe he missed that. The procession of body and whine escorted the funereal tray to the kitchen.

With ceremony and ritual, dishes were loaded into the afterlife of the washer, the wine bottle was washed and prepared, a corpse ready for burial, but without forgiveness or redemption. No words were spoken as it was lowered into its resting place, there to wait until bin day, it's final journey.

Great fun to (over)write and find something in apparently nothing. Definitely an exercise with a long and inspiring aftertaste.