Anthologies. Can't get enough of 'em? Indeed, there's no such thing as too many. But sometimes an anthology needs a helping hand to bring it into the world. North Bristol Writers have put together an anthology, North by Southwest, but needs some crowdfunding help get it published.

But don't just take my word for it. Here's what the inimitable Jonathan L Howard had to say about it:


To whom it may concern,

This prepatent publication features the work of several persons it is my great misfortune to know. Indeed, I have already been acquainted with some of the stories. I must warn you, if you help fund this anthology, you will be instrumental in unleashing a collection of splendid fiction upon an unsuspecting public. Is that what you want? Do you really wish to be forever associated with a “good read”? An “enjoyable collection of eclectic tales”? When you dangle your grandchildren on your knee in some distant time, do you really want the trusting poppets to ask of you, “Grandparental unit, what did you do during the North by Southwest fundraiser?” and for you to have to turn your face to the wall and sob, “Gods forgive me, offspring-of-one-remove, but I donated!”

Think on, that is all I ask. Think on.

And here's the artwork by Claire Hutt that is going to accompany my story, "Like Giants": 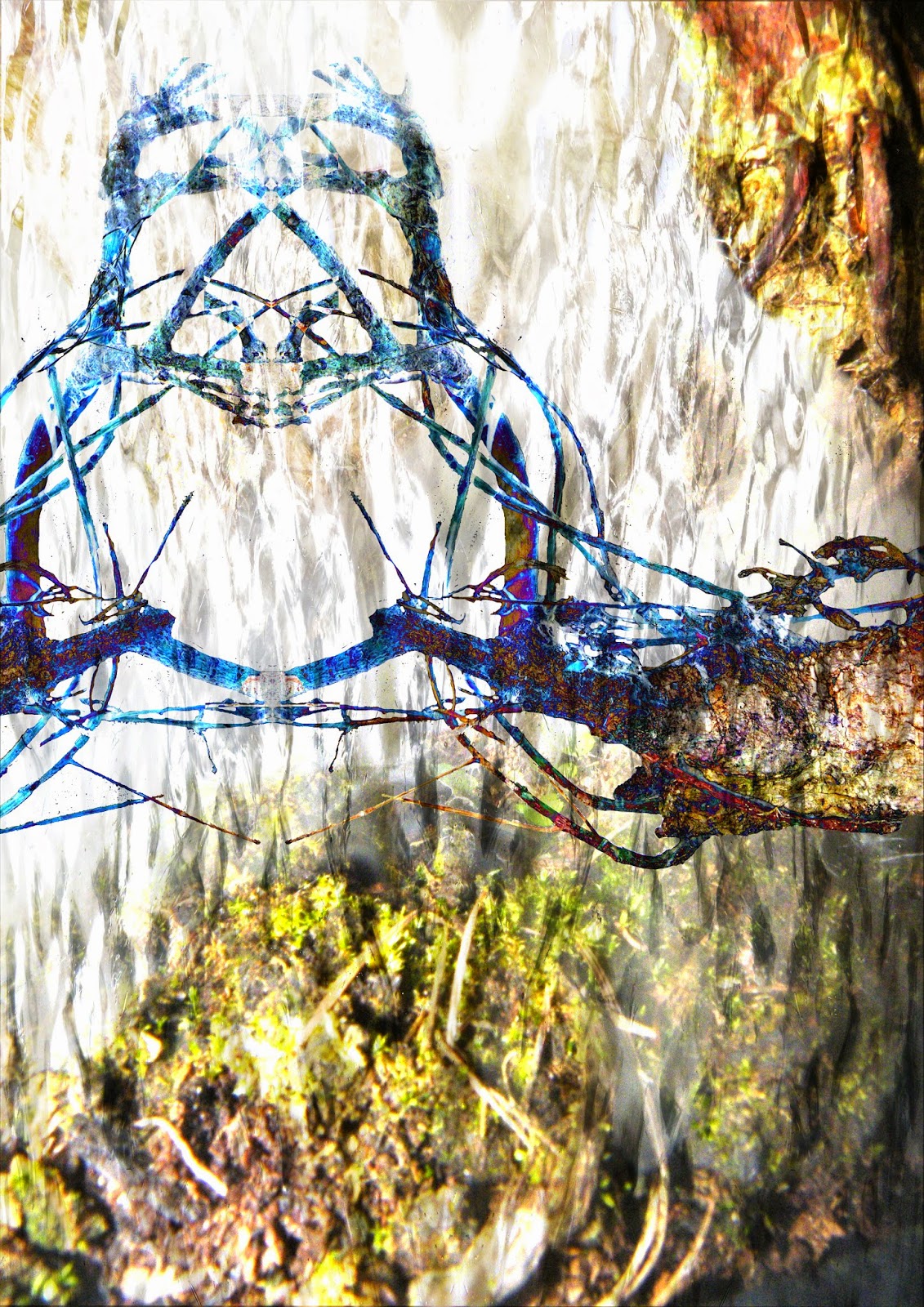 Posted by Kevlin Henney at 09:58 No comments:

Hot on the heels of Halloween and just in time for Christmas, "Promises You Can Keep", a ghost story of mine, has been republished in Haunted, a rather nicely produced anthology edited by Alex Davies and Ryan Merrifield. Unfortunately, I was unable to attend the book's launch in Derby last weekend. 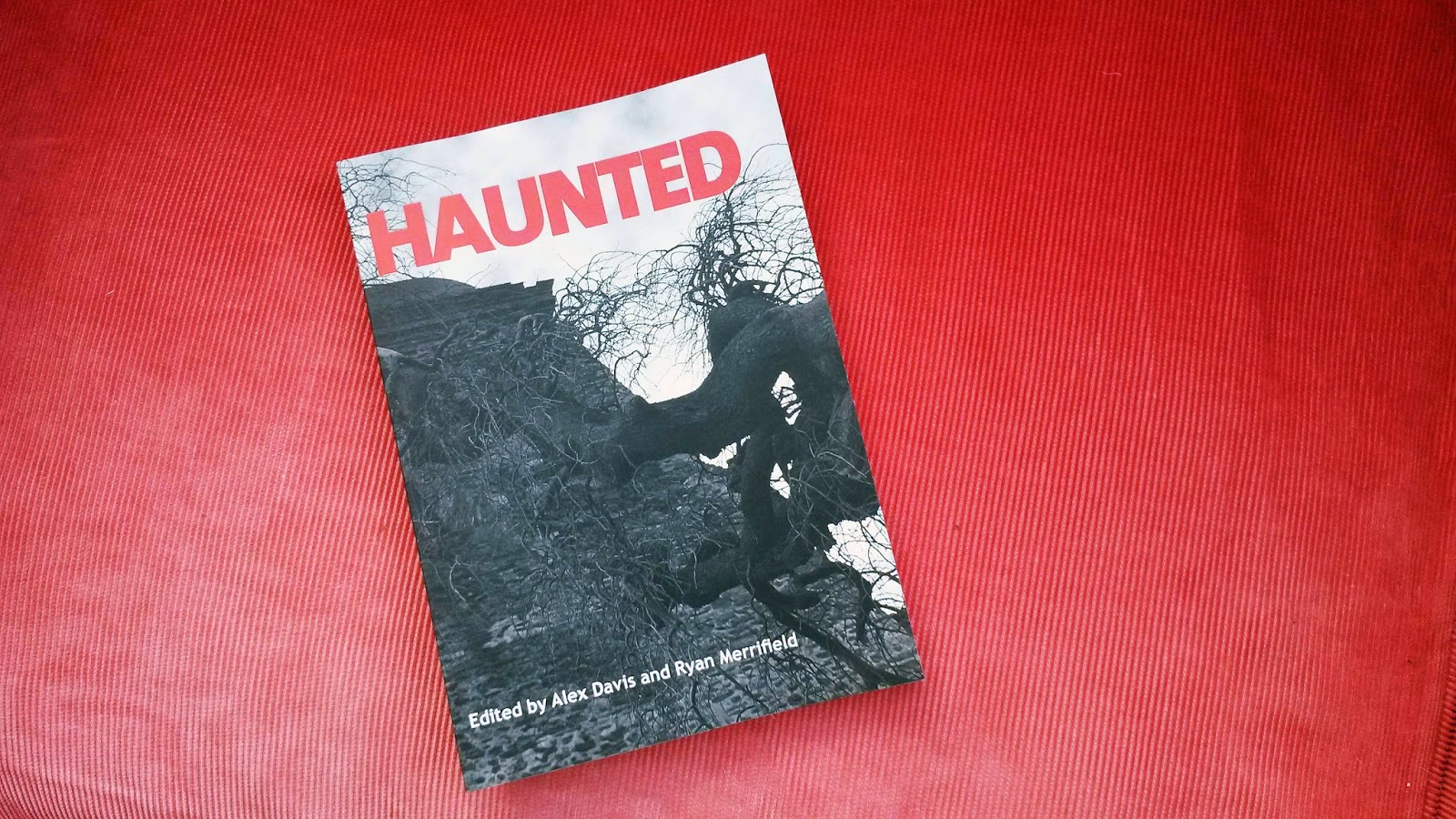 Speaking of anthologies and launches, I discovered a couple of months back that although my flash fiction piece, "The Same Team", didn't place in the Worcestershire LitFest & Fringe flash fiction competition, it did get selected for inclusion in their anthology, Fifty Flashes of Fiction. The launch is this Sunday; I'll be there.

But if all this anticipation is too much, have some instant flash gratification: "Second Place", which unintentionally coincident with the title is my second contribution to Visual Verse.

I seem to have fallen off the blogging wagon. Time to climb back on. A number of things have happened; a few things haven't. But let's start with last month's BristolCon.

It was a fun day and this year I managed to attend more of the conference than in previous years, but arriving home late the night before meant I had a slow start and missed much of the morning programme.

In the afternoon I was on a panel with Stark Holborn, Jonathan L Howard and Kim Lakin-Smith, ably chaired by Jaine Fenn. What did we talk about? Sex and violence. Specifically, its representation in speculative fiction.

The sense was that sexual tension was important and often present, but violence and death were far more commonly and explicitly described than sex. There seems to be an interesting and contradictory double standard that applies inconsistently to violence and sex — as I noted by quoting George R R Martin — which is further complicated by the prevalence of sexualised female characters in many media appearances of speculative fiction, so what should be a positive question of sex becomes conflated with negative representations and their connotations. As the discussion was focused on the written word, however, this latter issue was not really explored — although writing can be graphic, writing is necessarily less visual than, say, a movie.

I went through my own fiction beforehand to get some stats, and it was fairly clear that although relationships are significant and sex is often there in the background, when it comes to describing acts of sex or actual deaths, death wins — a cumulative death toll in my own short stories of around 21 billion (not 14 billion as previously estimated)! Each panellist was also asked about anything that had made them uncomfortable writing or that they would not consider writing. All in all, we plumbed some good depths and slummed in some fine shallows.

I finished off the day with my small workshop on flash fiction. I had been told I could expect two people for the session; I fully expected zero (19:00 on a Saturday night...?); I got three! This turned out to be the right number as it made discussion easy and gave everyone enough time to make suggestions and read out what they'd written. There was a lot to get through in 45 minutes, and I'm not sure it would have scaled easily to many more people within that time constraint. All three were already already familiar with writing, from short stories up to novels, so that offered a good starting point for discussing flash fiction and comparing the differences in constraints and degrees of freedom afforded by a short short form.

I had bookmarks that each featured each of the top ten stories of the 2013 National Flash-Fiction Day micro-fiction competition, stories required to be no more than 100 words in length, so we looked at these as a starting point. We discussed what was constant, such as the need to actually have a story, a recognisable beginning, middle and end, a title, a transition that leads to conclusion. We discussed what was sacrified, such as the scope or depth of characters, background, description and subplotting. But although subplotting may not play as important a role, subtext often remains and, indeed, may be amplified because of the brevity.

We also talked about the need to make the title do more work, particularly at the very short end of the flash range, i.e., of the order of a hundred words, the importance and implications of word choice, avoiding punchline endings — the ending must be earned — and the role of the reader.

That's a lot to get covered in 45 minutes... and more if you keep in mind that I'd promised there would be some actual writing in the workshop. To kick off the exercise, I asked each person to spend a couple of minutes writing down something that had happened that morning, at home, at the con or in between. And write it straight — no fiction, no fancy writing, just as it was.

I then asked them to pick a speculative elements and weave it in, elaborating, deleting or rewriting as necessary what was already there. I offered five speculative elements to choose from: dragons, time travel, aliens, portals or elves. We spent just over five minutes on this step.

We then closed it with another couple of minutes to work on beginnings and endings and another minute to add and tweak a title. What did we end up with? Two dragon stories, a portal story and a time-travel tale — yes, I joined in, a last minute decision as I didn't want to be the only one not having any fun! And we had just enough time to each read out our own stories.

Looking back, I realise the impossibility of what we got done, but the resulting discussion and stories suggest it was not all a dream.

Posted by Kevlin Henney at 17:11 No comments: