It must be November by now, maybe December. I should be thankful. And I am.

I'm thankful for the silence.

I'm thankful for the peace.

I'm thankful for the space.

Yes, even after all that has happened, I'm thankful.

For the space, the space to think and breathe now that everyone has gone.

As far as she had ever been. The gate. Breathless, running, eyes wide. Lungs burning, breath like smoke, snow chilling the bruises on her fair skin. Stumbling, fleeing through the trees, the cold touching her only to drive her on.

As far as she had ever been. From the house. Since they had first caught her, taken her, brought her. Against her will. Before her will and the world that lay far beyond the gate had become no more than marks in memory, memories of a stepmother, a father, a sister and a school of friends, memories scrawled over by captivity and things that had become normal and everyday that should never be so. A stepmother whose kindness mirrored her beauty, whose love for her stepdaughters dwarfed the meagre love of a father for his own. A father whose anger and indifference she could now forgive, but had driven her in her innocence to confide in her neighbour. A neighbour whose confidence was false, whose touch was unforgiveable, whose intent had driven her into the woods.

She had fled day and night. Fled until she had been found among the fallen apples, in a bed of autumn leaves.

She had fled day and night. Fled and lost her way, to be found but taken.

So many times. Tried so many times to escape. One of the seven had always seen her, caught her, taken her back, hurt her. She would hide behind her eyelids.

So many times. But last night had given new cause, new opportunity. They had drunk and they had hurt her. Excess had the seven men sleeping into the afternoon, scattered around the broken house like the crooked beer cans they left on the floorboards by her bed. Excess and carelessness had left her hands untied.

Never seen the gate. Never been this far from the house. Never got far enough.

Never seen the gate, never known it was there. She paused before it, looking back through the trees and falling flakes at the smoke and flames rising from the pyre of the house. She turned away, running a new path through the snow.

The previous post discussed January's spoken word happenings, but January's publications are also worth a mention. Let's start with "Star Signs", a coffee-fuelled lab-lit tale of astrology, cosmology and romance over at LabLit.com. Then there's "Remembrance of Things Past", which has now found its way into The Spec Fiction Hub library. It has previously been podcast with Litro, published with The Fabulist and gone down well at BristolCon Fringe. Last, and in some ways least, three 6-word flashes appeared on MorgEn Bailey's Writing Blog:

Scissors on shirts, "I do" undone.

Only an apple, yet all fell.

Speaking of micro-fictions, the National Flash Fiction Day micro-fiction competition is now open. Once again I'm on the judging panel, so I urge you to enter, but please don't send me anything in advance for comment. The word limit is 100 and the closing date for entries is Sunday 9th March.

After mentioning BristolCon Fringe and flash fiction, it seems worth mentioning Flash in a Fringe, 14th April, at The Shakespeare. Just sorting out the final line-up, but it looks like it's going to be a fine cross-section of what Bristol and the South West has to offer in speculative fiction, condensed into a series of flashes.

Posted by Kevlin Henney at 16:03 No comments: 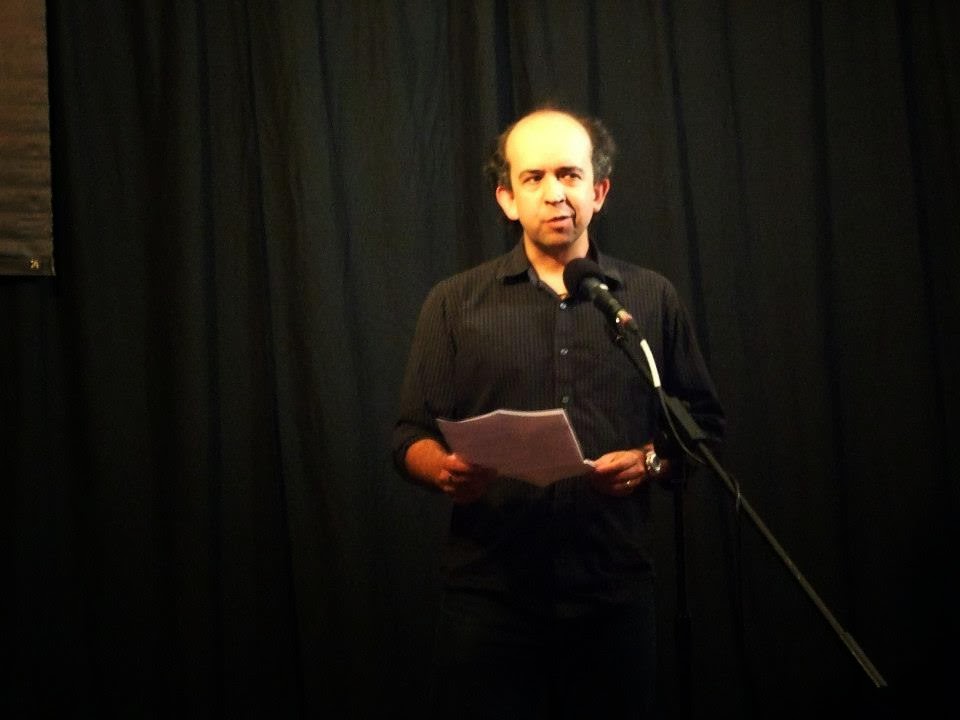 Posted by Kevlin Henney at 13:35 No comments: