Over the last couple of weeks the Society of Authors has been running a Twitter-based collaborative writing competition: write a story in five tweets. Each Wednesday a well-known author posts an opening line as a single tweet. Tweeps then post candidate second lines, from which one is chosen, and the process repeats for the third, fourth and concluding parts.

With a limit and structure of 5×140 characters, the challenge is how to tell a story, moving it forward and wrapping it up, in so few words. A good exercise and a lot of fun — something like a crowdsourced version of the game Consequences — regardless of whether or not you have any lines chosen.

Last week's story, the second, was a ghost story whose opening line was given by Sarah Waters. The next four lines selected were contributed by Maria McCarthy, Daniela Sacerdoti, Allegra Holbrook and me:


My house is a jumpy house. Doors fly open. Windows shudder. There are sighs. Don't come calling! My house has something on its mind. Things have been disappearing: clingfilm, favourite socks, the gas bill. A woman died in this house. She's reclaiming her space. That woman is me and this house is mine. I've tried to tell you, but you're not listening. I watch your baby sleeping in her cot. You think she is yours. You think you know her. Look closer. Look into her eyes. Not what you expected to see? Wiser, darker and older than they should be. As old as the house. She has something on her mind. She's here to take back her space.

So now you know: if you see the hashtag #soatale on a tweet there's a story in the making, not an obscure and allusive experience report on Service-Oriented Architecture! 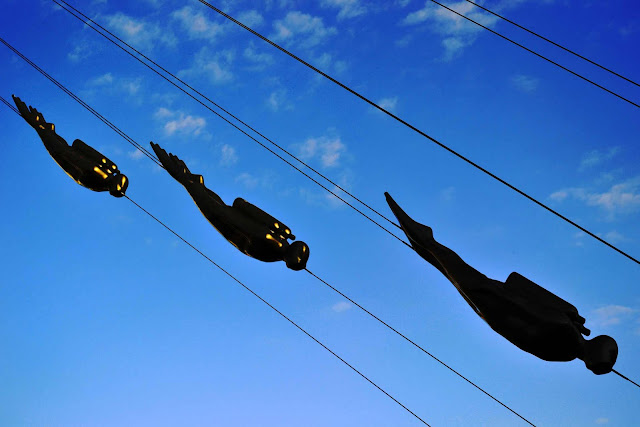