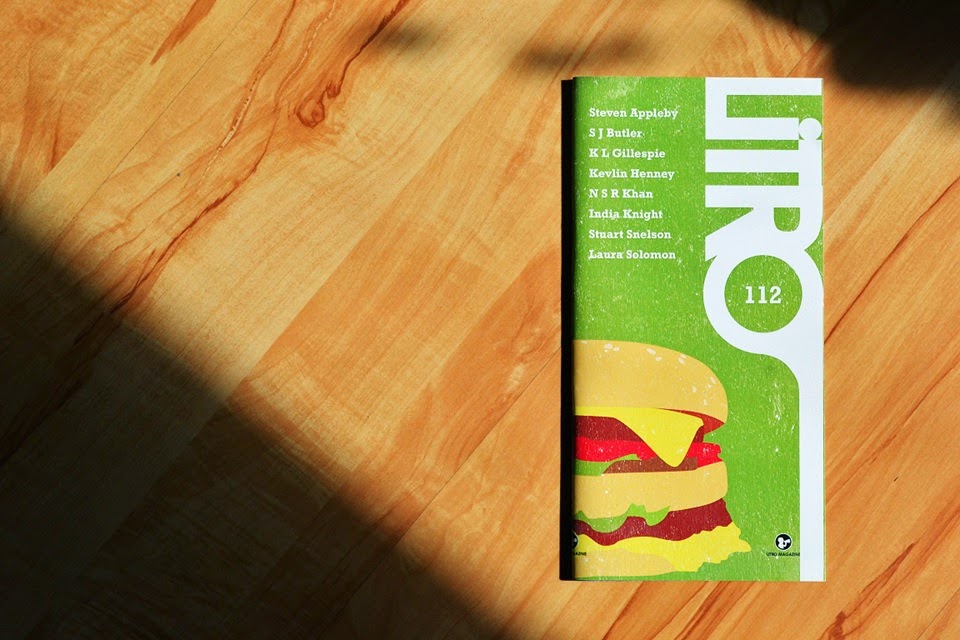 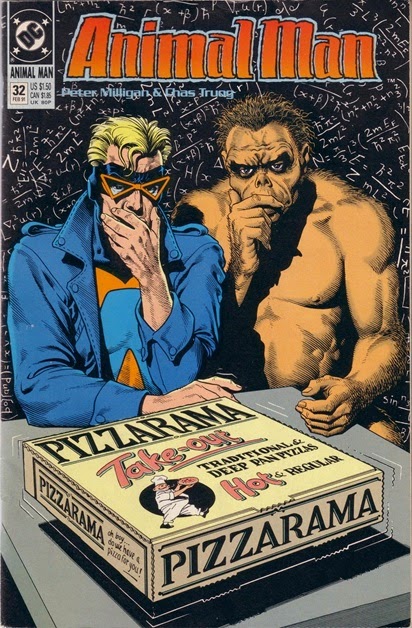 Posted by Kevlin Henney at 08:37 No comments:

This blog is now listed on the New Writing South's Good Blog Guide, so I guess I had better blog something!

For the second year in a row I have had the happy necessity of withdrawing one of my stories from the Bristol Short Story Prize. Happy? The Bristol Short Story Prize requires you to withdraw any story that becomes shortlisted in another competition. Last year it was "Ring Pull" in the Limnisa / Bluethumbnail Short Story Competition. This year it is "Three Billion Heartbeats, Give or Take" in the Momaya Press Short Story Competition. Speaking of the Bristol Prize, congratulations to those who appeared on the longlist this year, and good luck for the shortlist for the authors I know who made it this far.


When it comes to reading stories aloud, it's easy to get attached to a few favourite pieces. I'm certainly guilty of this. At the Small Stories event in June I read out  "Ashes to Ashes, Mañana, Mañana". I was sitting with Pete Sutton and Tania Hershman that evening and, although neither of them complained or dozed off, both had heard me read the story before — twice. For Small Stories a couple of weeks ago I read "Two Weeks in Spain", a story I wrote four years ago but have never read out before. It turns out to be very well suited for performance, so I'll definitely be reading it again. Perhaps it will become a favourite?

And wrapping up with a drabble, "First Date, Last Date" was published with FlashFiction Magazine last week.

Posted by Kevlin Henney at 07:00 No comments:

I'm delighted that my story, #KrakenEvent, has been published with The Fabulist. This story won second place in the Bristol Festival of Literature's writing challenge, The Kraken Rises!, and appeared in the anthology for the event. The story is told in tweets, texts and web pages, which required some careful formatting — careful formatting that sadly did not survive the journey into the ebook. Not only is the formatting now preserved; it has been improved upon by The Fabulist.

In what promises to be a genre-defining squidpunk bonanza, The Kraken Rises! also forms the theme for the BristolCon Fringe's September readings: on Monday 22nd September some of the contributors to the anthology will be reading their stories at The Shakespeare. That gives me nearly three months to figure out how to read aloud a visually structured story told in terms of tweets and texts!

Speaking of spoken word events, I will be doing a couple of readings this month. On Monday 7th July I will be at Small Stories, which will be at Small Bar rather than their usual haunt at The Birdcage. I will be reading "Two Weeks in Spain", which I realised recently has never been read at an event despite being one of my favourites and also a good fit for live performance.

On Thursday 17th July I will be at Science Showoff at the Grain Barge. There will be beer. There will be pizza. There will be romance. There will be humour. And there will be quantum mechanics. I'll be reading "Schrödinger's Pizza", a lab lit tale that bridges postgrad–undergrad relationships, the art–science divide and the questionable entanglement of metaphor and vegetarian food.

That pretty much covers the spoken word events from now until September, but I'll keep you posted if anything changes. In the meantime, there's another story or two in the pipeline awaiting publication.

Posted by Kevlin Henney at 09:29 No comments:

In this second of two posts on the BristolFlash NFFD workshop, I want to look at Pauline Masurel's section of the workshop. In common with Calum's workshop exercises, this was all about taking the familiar and conventional and breaking convention with it to tell a story. Mazzy described the exercise as "misadventures in non-fiction", taking a recognisable, everyday non-fiction format and putting it to work as a vehicle for fiction. In this case, newspaper headlines and stories.

News stories are written in inverted pyramid style, where instead of building up to a conclusion or climax as a piece progresses, the base of the story's pyramid is flipped so that the essence of the whole story is revealed at the start — in the headline itself, then told again in the first sentence with more detail, then again over the next couple of paragraphs in greater detail, and so on. This allows readers to go as deep or as shallow as they wish, controlling the detail they read according to their interest, while still getting at least the essence of the story. It is a technique I have discussed and used in technical writing, such as the writing of patterns and of use cases.

Fictional stories are normally told by ascending a regular pyramid; inverting it by giving away the ending at the start is not obviously the right way to tell a tale. Not obviously. But this is flash fiction and the form is there to be played with as a creative constraint, not something to be followed blindly so as to beat the joy and creativity out of writing.

Our exercise was anchored in the headline. What makes a good headline? It should contain the whole story and grab your attention. Mazzy cited the classic example that Dog Bites Man was not a particularly interesting headline, but Man Bites Dog was... and Bristol Man Bites Dog was even better, offering a sense of place, something specific the reader can latch on to that perhaps confounds expectation — hence, for a local paper, Clifton Man Bites Dog would be an even better headline.

So to get the ball rolling, we needed a who, a what and a where, for which Mazzy passed round some postcards to act as inspiration. Here's the lot I drew: 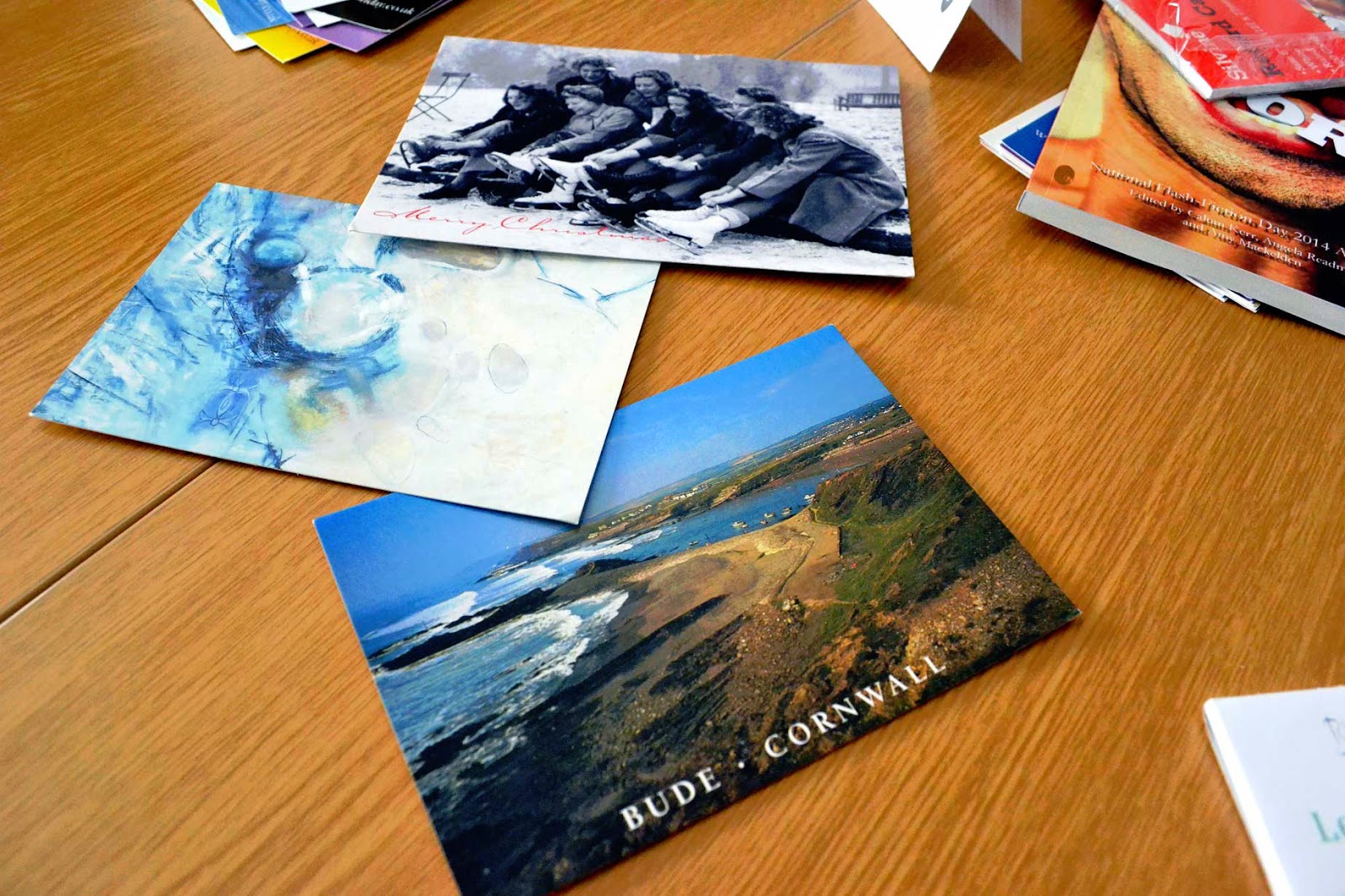 And here's the resulting headline and opening:

Land's End? Not any more! Freak subzero temperatures have frozen the Celtic Sea. Yesterday, mother of five, Mazzy Gardner of the Scilly Isles, donned boots and blades and skated all the way to Bude.

We then discussed a number of other possible forms that could be co-opted, sometimes with known examples: email chains, cc'd and copied (the interesting challenge here is that the story appears backwards, with the most recent item first); obituaries; public service announcements; product recall announcements; tweets (a story of mine uses tweets mixed in with texts); recipes (a couple of recipe tales were read by Clare Crestani at Small Stories last month); instructions; contraindications for medicine; medical dictionary definitions; academic footnotes; scientific abstracts; exam questions (such as this future bioethics paper by Claire King); marginalia; Q&A missing the questions; search history (such as the 2012 Flashbang winner by Iain Rowan); screenplay directions; fortune cookies; horoscopes; Amazon reviews; film reviews; seed packet directions; ingredients; weather forecasts; questionnaires; disclaimers; EULAs; album cover notes; notes on zoo cages. And others. Once you've started thinking about the possibilities, it's quite difficult to stop!