It came. It happened. It went. It went well.

What am I talking about? National Flash-Fiction Day.

As well as the build-up to it, which involved many competitions and activities, including the Jawbreakers and Kissing Frankenstein & Other Stories anthologies, there was a lot happening on the day and the days that followed.

One of my shorter flashes, a drabble-and-a-half entitled "Plans for Tonight", was part of the NFFD FlashFlood, a deluge of flash fiction of all shapes and sizes throughout the day. I couldn't attend the official launch of NFFD and Jawbreakers in Southampton, with author readings from the book, so instead I sent a video of me reading "Buttons", my Jawbreakers story, to be shown at the event.

A coincidence of timing meant that in the days following I also had a couple of other flashes appear online: a dribble-and-a-half, "I Think I Get It", at Paragraph Planet and a longer piece, "The Cambridge Arms", at Every Day Fiction. The week before also saw "So You Think You Can Cook?" appear in Word Gumbo.

The main highlight of my day, however, turned out to be the Oxford Flash Slam. My luck began when I found a parking space a couple of hundred metres from the Albion Beatnik Bookstore. If you know anything about driving (and parking) in Oxford, you'll know such serendipity is a mere stone tablet short of a miracle.

The host and brainparent of the flash slam was Dan Holloway, who applied the poetry slam format to flash fiction. Presiding over the event was Tania Hershman, who offered praise and comment on each reading plus a couple of readings of her own. To judge the fourteen slammers Dan spontaneously and successfully press-ganged Paul Askew, Rebecca Emin and Ingrina Shieh-Carson. The judges had a tough job: the standard of fiction and reading was very high and the styles of writing and delivery were varied enough to confound many obvious criteria for comparison. The good news is that everything about the evening was a lot of fun, from the readings to the judging, from the compèring to the comparing, from the ambience to the audience.

I will also confess a certain fondness for the result. My reading of "So You Think You Can Cook?" and a drabble qualified me as one of the three who went through to a final round, in which I read "Plans for Tonight" and a longer piece. I won. An intoxicating result that I don't think affected my driving on the way back, although Tania may be the better judge of that as I gave her a lift back to Bristol.

You can read other more detailed — and less biased — accounts of the event from Dan Holloway, Tania Hershman, Rebecca Emin and Peter Domican. Thanks to all involved for an enjoyable evening!

Hot on the heels of the publication of Kissing Frankenstein & Other Stories, in which I had two flash tales selected, comes the arrival of Jawbreakers, in which I have one, "Buttons": 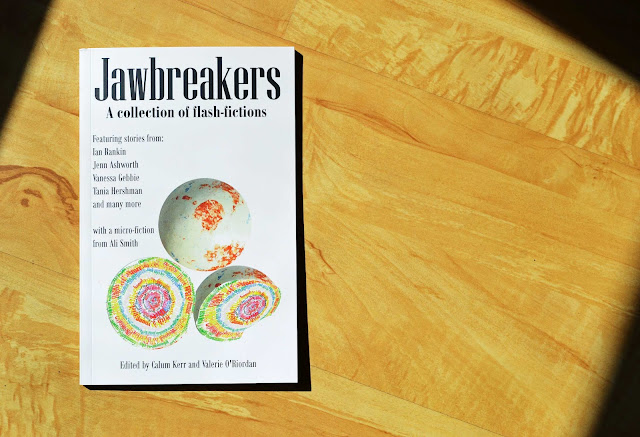 The anthology, edited by Calum Kerr and Valerie O'Riordon, was collected together for National Flash-Fiction Day. And, speaking of NFFD, on Wednesday 16th May I will be slamming flash at the Albion Beatnik in Oxford.

The weekend got off to a good start with the arrival of Kissing Frankenstein & Other Stories: 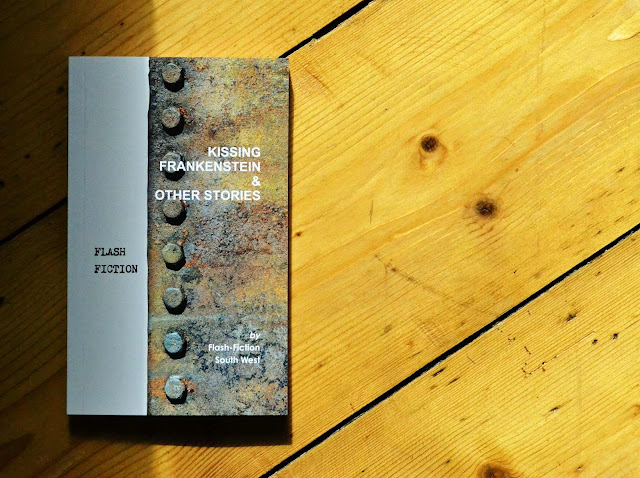 The anthology, brainchild of Rachel Carter, collects together flash tales by authors based in the West Country as part of National Flash-Fiction Day. Two of my stories, "Lucky Pants" and "Tracking Elephants", were accepted for inclusion.

Posted by Kevlin Henney at 12:26 No comments:

Buses and Bridges and Flashes

April was a busy month on all fronts, with opportunities and good news arriving like buses.

The stories I had on Flash-Fiction South West's longlist made it through to the shortlist and have now appeared online: "Lucky Pants" and "Tracking Elephants". The shortlisted stories are also collected together in an anthology, Kissing Frankenstein & Other Stories. Thanks to the motivation and organisation of Rachel Carter, this anthology finds my stories rubbing pages with pieces by Tania Hershman, Sarah Hilary, Rin Simpson and Calum Kerr (that's Mr National Flash-Fiction Day to you).

And here comes another bus: a flash tale of mine, "Buttons", made the shortlist for National Flash-Fiction Day's anthology, Jawbreakers. As well as the usual suspects (see previous paragraph), "Buttons" finds itself hanging out with flashes by Ian Rankin, Valerie O'Riordan, Vanessa Gebbie and Jen Campbell.

I also contributed a prose poem, "Cleansed", to the24project, which was an open, pop-up arts site that took submissions for 24 hours and kept them online for a week before taking them offline. (I kept a snapshot of my contribution's page using FreezePage.)

Friday 13th April saw me and others at The Liminal's Superstition event (photos and film by Keith Ramsey), including my reading of "Milk Teeth and Chocolate Eggs". National Flash-Fiction Day, 16th May, is almost upon us, and I'll be reading at the Flash Slam in Oxford on the day. Timing is everything (four minutes, that's your lot), so I will likely favour something more humorous for my reading over something more serious.

And speaking of stories (and other written things), I got around to setting up some boards at Pinterest. I thought it would be interesting to use Pinterest as a visual way of collecting together some of my stories, so each image links to a story and represents something about the story or where and when it has appeared.

Last, but not least, and while we're in a pictorial mood, the following photo came second in an online competition: 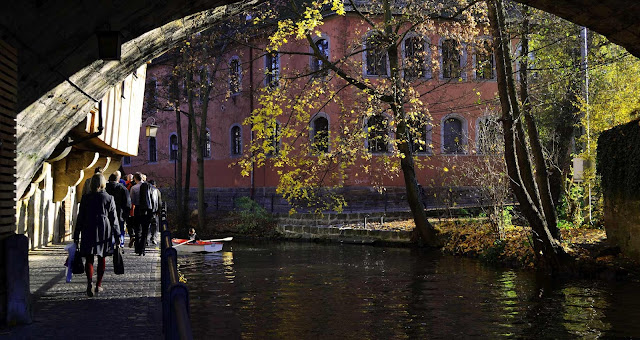 This was taken in Bamberg, Bavaria, while I was there in November for a software architecture workshop.

Posted by Kevlin Henney at 10:50 No comments: