The last couple of weeks have been somewhat genre immersed, starting with a visit to the Doctor Who Experience in Cardiff with the kids and ending with, well, going to the cinema to see Peter Capaldi's first outing as the Doctor with family and friends. 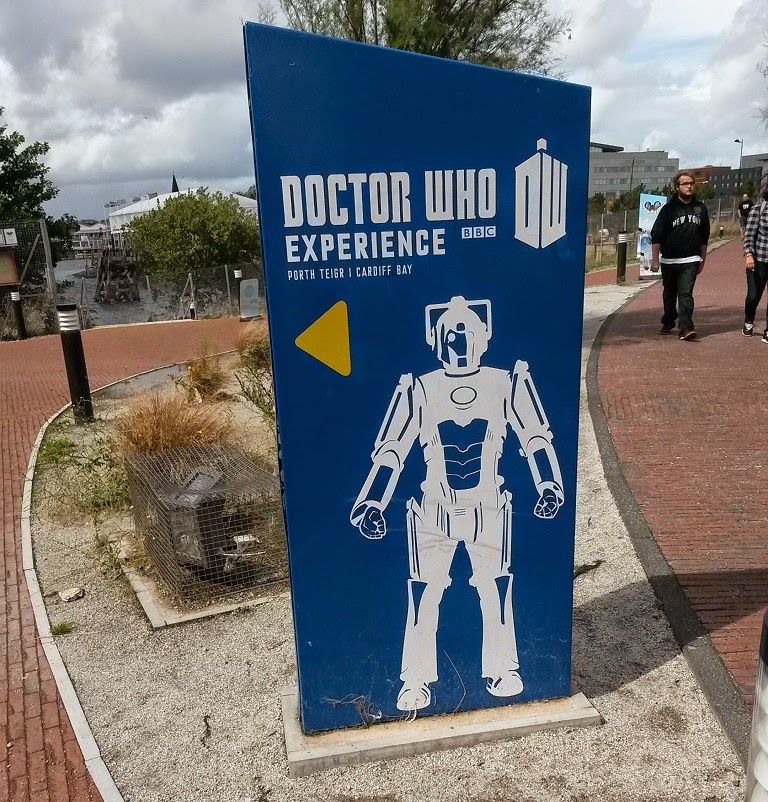 We went to the precursor of the Experience a few years ago. The boys were younger and hadn't watched Doctor Who and there wasn't really much beyond bits of sets and costumes. The Experience, however, lives up to its name, with a lot more space (and time...), memorabilia, scene setting and history, plus a nice interactive start to each visit. Oh, and a shop that's worth raiding before Christmas for the Whovian in your life.

Later that week I took the older son, Stefan (who is, as it happens, also a published SF author), to Loncon, the 2014 Worldcon. The whole event spanned five days and one end of the ExCeL; we went for a long weekend. Inevitably the popular press focused on the most visible aspect of the con — cosplay — because, I guess, it's simplest thing to do — it's obvious, visual and satisfies a stereotype (no matter what else is said). There is, however, a bit more to the landscape of speculative fiction than costuming, but panel sessions on diversity in SF, historical research in fantasy worldbuilding, hard science from contemporary space travel to the environment, the underlying linguistics behind conlangs and literary academic perspectives on genre are somewhat less photogenic than people dressing up. That said, I did get to sit on that throne. 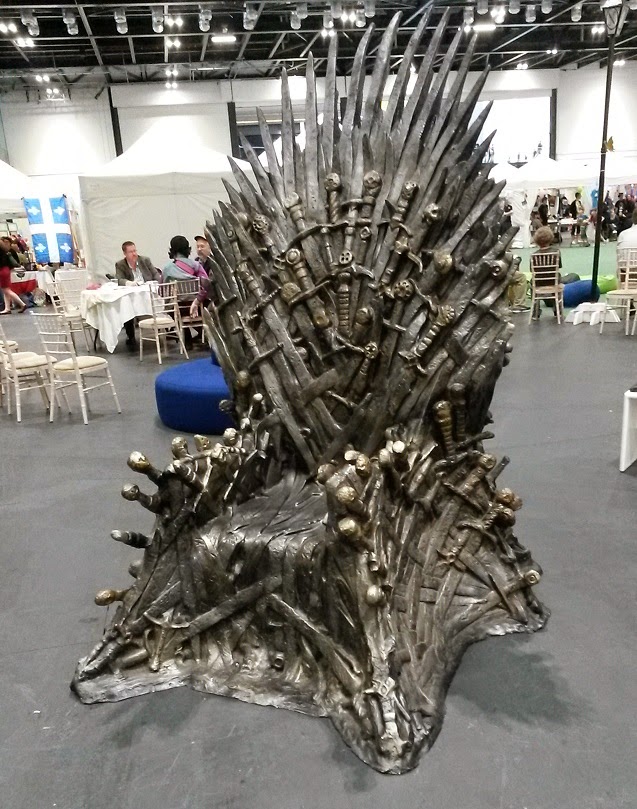 As well as a great art exhibition, with some drop-in life drawing classes close by (we both dropped in), there was an extensive dealer room and fan area. There was also an open mic opportunity, where I read out "Milk Teeth and Chocolate Eggs" in competition with no small amount of background noise.

It's been a while since my previous World Science Fiction convention visits (ahem, quite a while... Conspiracy in Brighton in 1987 and ConFederation in Atlanta in 1986), and I would have liked to have spent more time at Loncon, attended more panel sessions, etc. But that's what the future is for. More importantly, Stefan had a blast (and found comics and gimmickry to spend money on). It was a very social affair, and I bumped into many of the BristolCon crowd as well as people I know through the ACCU.

And speaking of BristolCon, last Monday was the one-year anniversary of the BristolCon Fringe, which was celebrated with an open mic evening rather than scheduled readers. Many of those who read had read in the last year at a Fringe night, but there were plenty of new voices as well. Each reader was given an alarm-enforced five-minute limit, which added a lighter note to some of the darker themes explored. Readings ranged from book or short story extracts to flash fiction and poetry. I read out "To Catch a Falling Leaf" with plenty of time to spare. In the second half, after all those who wanted to read had read, we were given the opportunity to read again, so I read "Fallen Apples" and "Poseidon's Child".

I had been in two minds (or two halves of one...) as to whether or not to go, having spent the weekend at Worldcon, but my frequent travel-induced absence tipped the balance in favour of going. The half of my mind that had wanted to go jeered "I told you so!" at the reluctant, stay-at-home half. The quality and atmosphere were a good reminder why people keep coming every month and why I hope this is the first year of many.