Made in Hong Kong

I've had some recent good fortune with a couple of shots I took in Hong Kong when I was last there in July.

The September theme for the monthly competition at Karl Taylor Photography was Glass. I have many nice but obvious shots of skyscrapers that would fit the theme. Instead I decided to submit a shot of a residential building, where the repetition of the windows makes for a more interesting interpretation of the theme than the usual uninterrupted surface of glass and steel. The following picture was featured in the top 25 gallery for the month: See here for another photo of mine that was included in the gallery for a previous month's theme — featuring, coincidentally, another building with a lot of glass.

My interest in street photography led to the following shot, which came second in an online competition: This also marks the first time I've been paid for a photo.

Posted by Kevlin Henney at 16:01 No comments:

In the last month a weekly pastime and focus has become noticeable by its absence: the Street Photography Now Project. Each week for a year, on a Friday morning (UK time), an instruction would be issued on list and on site. You had one week to take and upload a photograph in response to that instruction to a corresponding Flickr group. Out of 52 instructions over the year, I took 45 pictures, of which only a couple were not uploaded in time to qualify, but are still posted in the discussion sections.

The project was led by the authors of Street Photography Now: 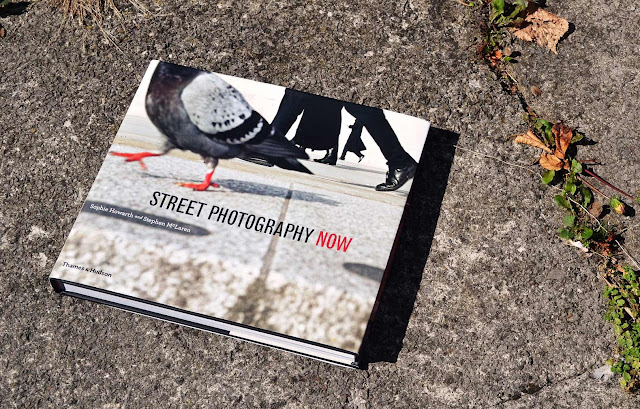 Street photography is, in essence, the capture of scenes and moments, in public spaces, that have not been set up or posed.

I have learnt an immense amount by participating in this project, both from direct, constructive feedback and through the resulting deliberate practice of following a weekly challenge. I have learnt far more about composition, opportunity, editing and equipment than I would have done without that necessary focus and iteration that came with the project. How much I have yet to learn is also more apparent. And, of course, it's been great fun, which I think is reflected in some of the pictures I took: 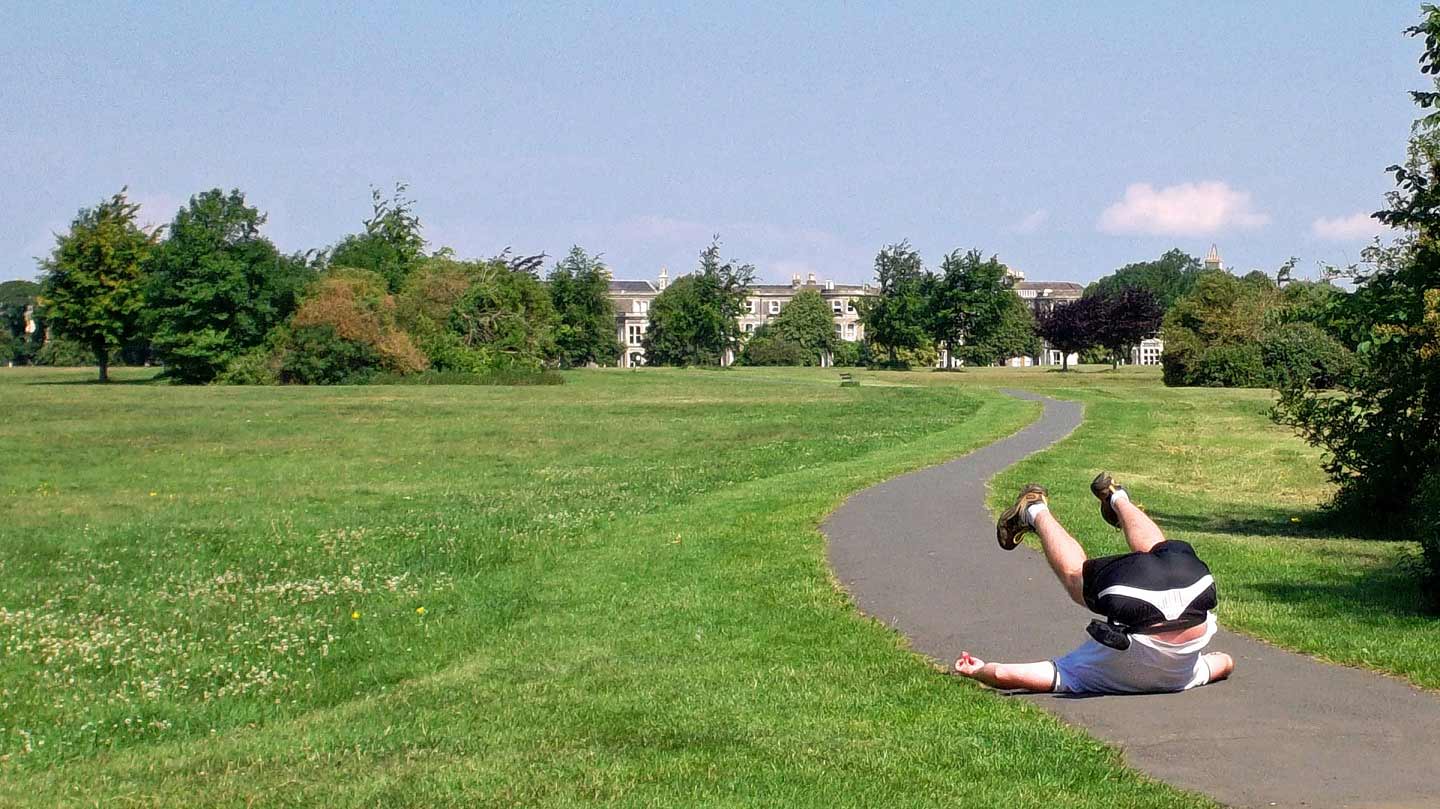 I caught this moment on the Downs, where I usually run when I'm home. It was taken with a Samsung ST30, a top-pocket compact with 3× optical zoom. Most of the photographs were taken with either my Nikon D3100 or my Ricoh R10, but a couple were taken with my Samsung ST30 and my Nokia 97 (which I miss as a carry-everywhere camera, but not as a phone).

A compact, whether the Nokia, the Ricoh or the Samsung, is more convenient and more discreet than a DSLR — "Oh, this thing? I didn't realise I had the DSLR on me! I was just casually popping to the shops." And popping out to the shops was just what I was doing when I caught the following synchronicity with my Ricoh: 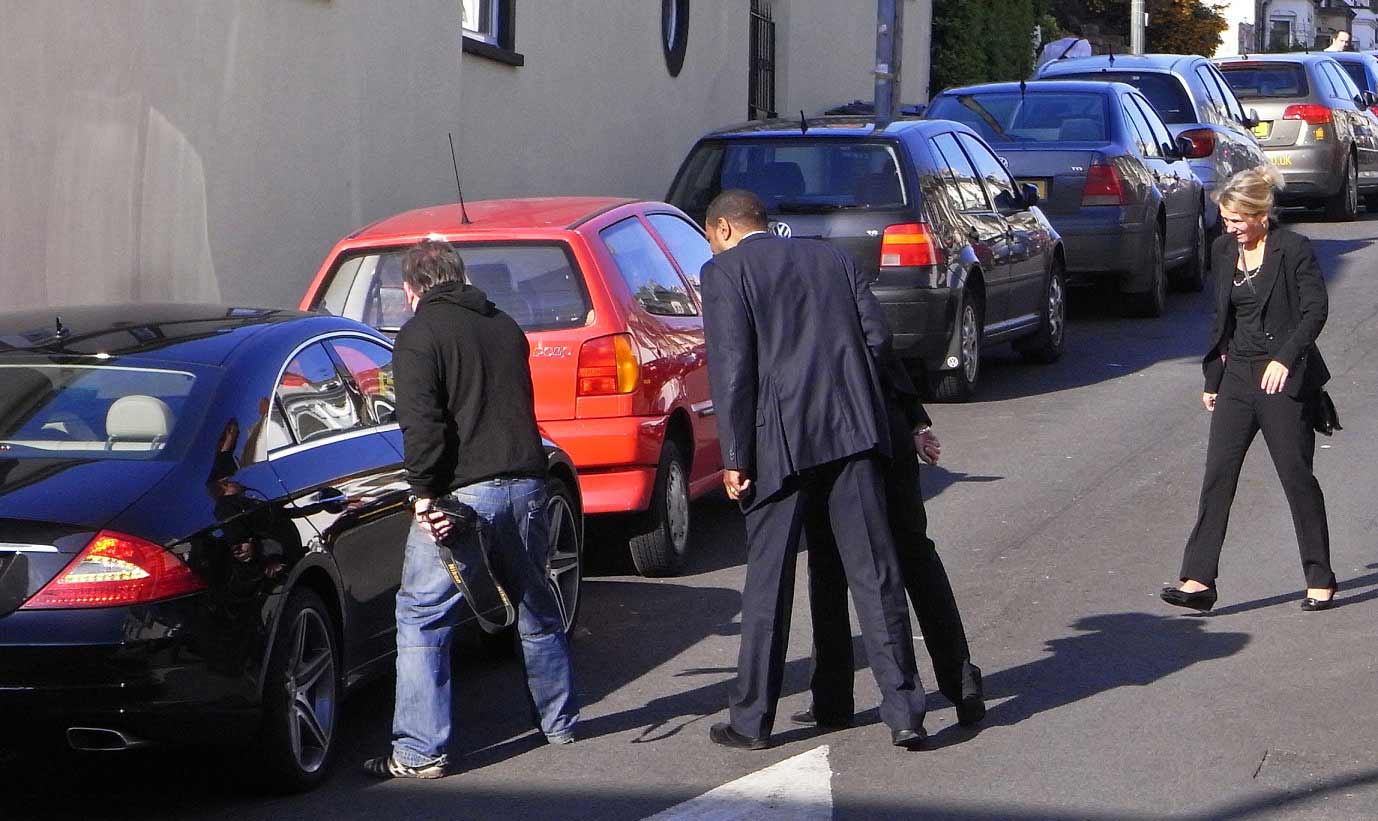 On the other hand, my Nikon fits in my laptop bag, which means that both photography and carrying around a DSLR are compatible with travel in a way that other interests might not be. The following shot was taken by the World Trade Center site on Friday 13th, just over a week before the global population had been scheduled to go offline: 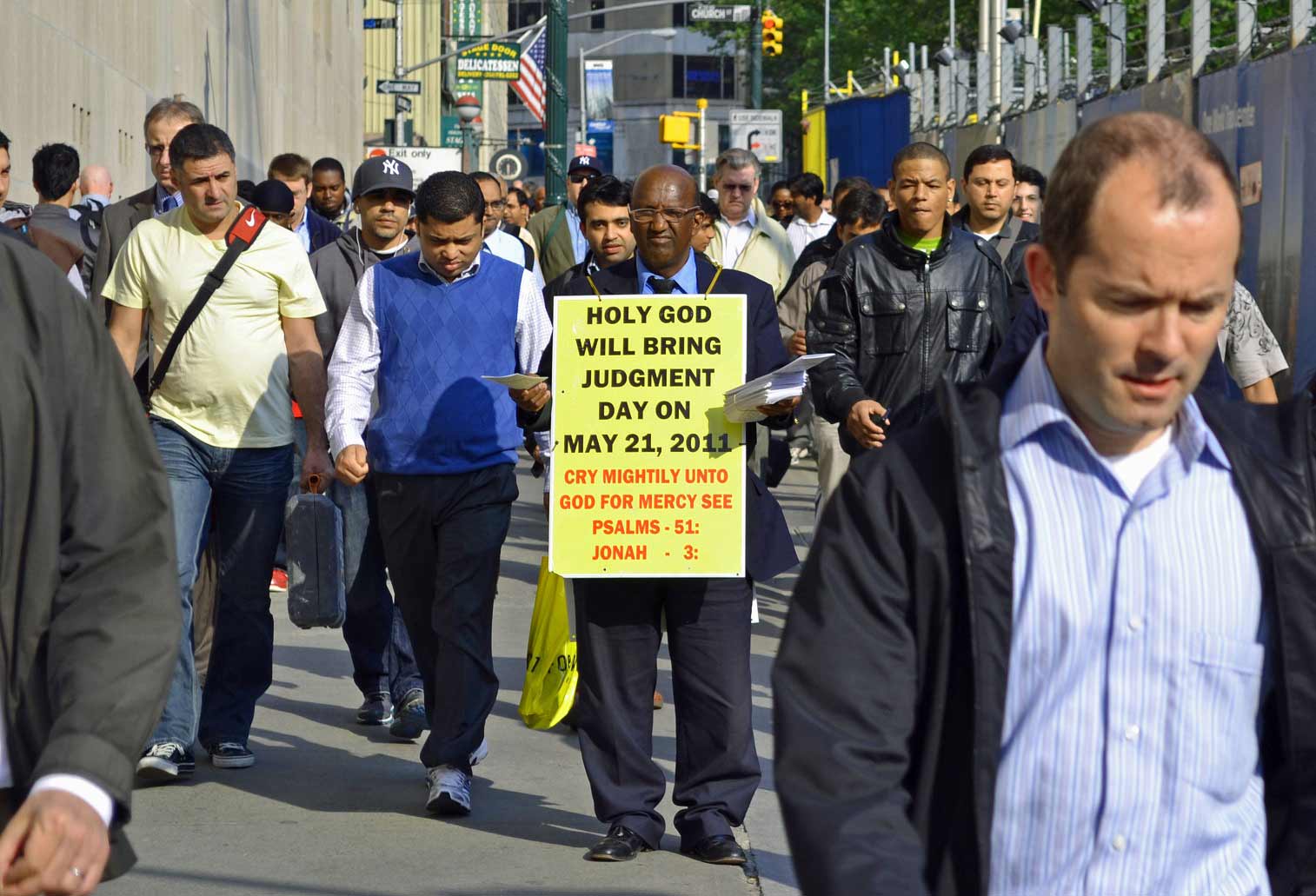 The shot worked out well, even if the prediction didn't.

Something that this and other shots have in common is people. Before participating in the project, the only shots I took with people in were snaps of family and friends, and other shots where people were essentially part of the background. Where I would once wait for people to get out of shot, I am now more likely to wait for them to get in shot — made more ironic when more observant and polite people pause outside the field of view not wishing to mess up my photo! Even without quirky moments, there is often more to the pictures with people in, even if the shots are of buildings or landscape.

Of course, that doesn't mean all street photography is about people. It is as much about urban details and juxtapositions of things created by and for people. I took the following in Bangalore: 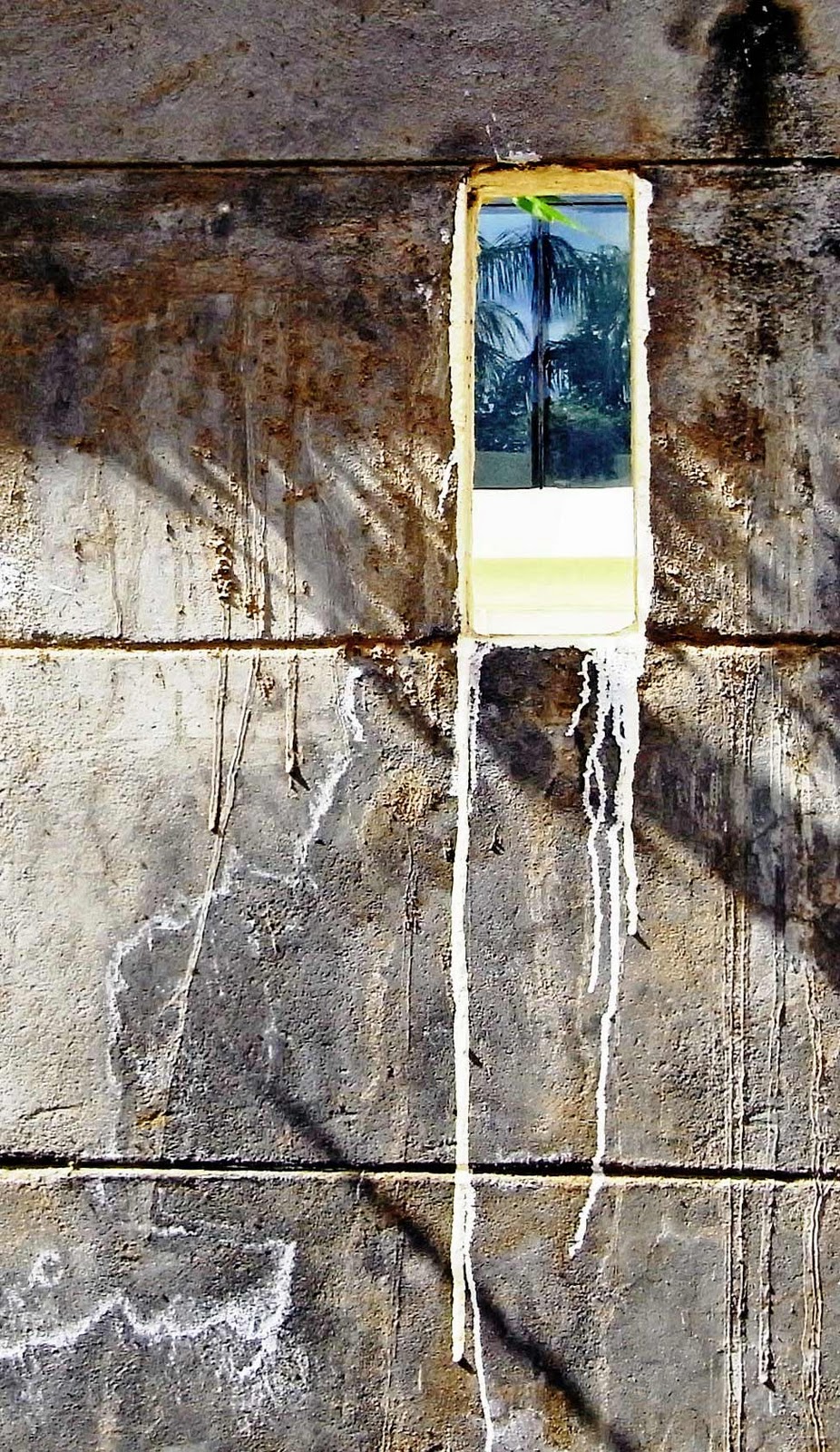 There are a number of levels to this and I know that, a year ago, I would most likely not have spotted this opportunity or have edited it to extract such a composition.

Over the year the Street Photography Now Project gathered over 16,000 pictures. They have showcased around 170 of them. One of those selected was taken by me and is, without doubt, the most viewed, marked as favourite and commented on photograph I have taken: 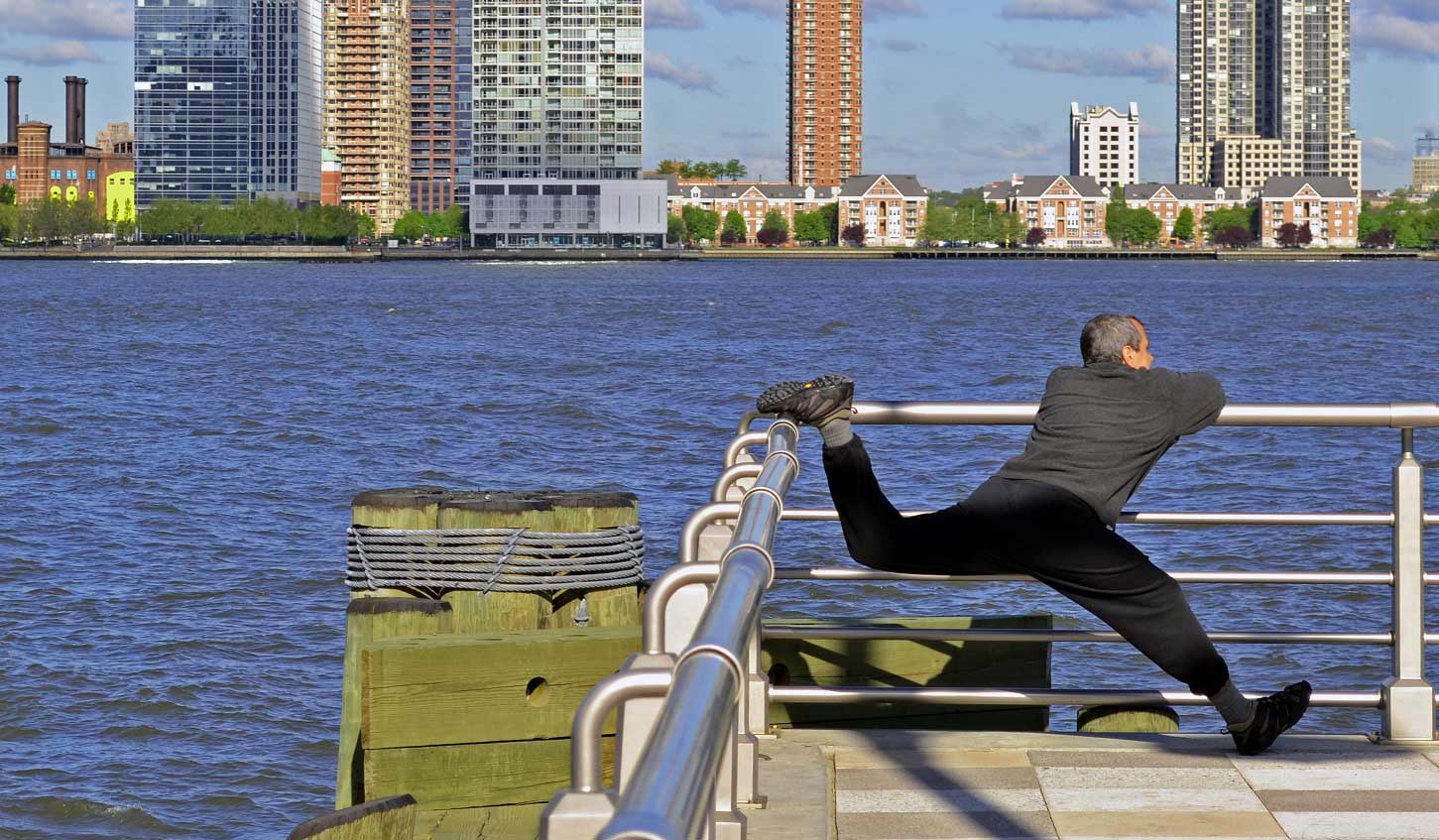 This elastic, cartoon moment was taken early one morning in New York, overlooking the Hudson.

That was street photography, then? There will be more.

Posted by Kevlin Henney at 19:35 No comments: