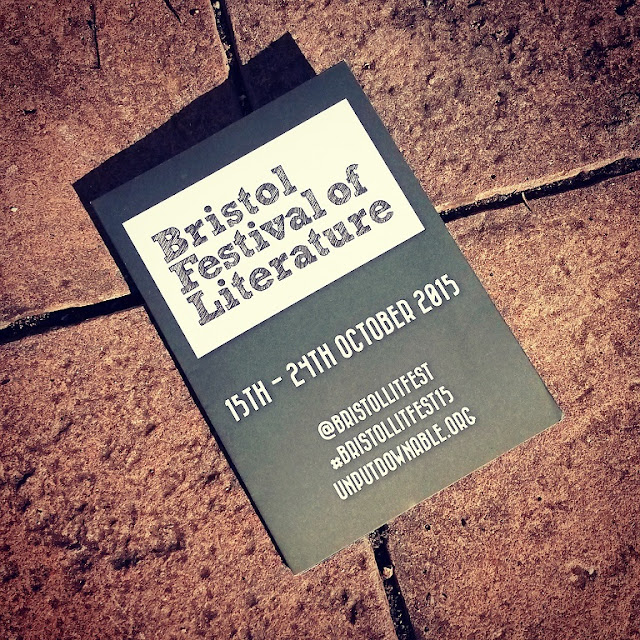 Posted by Kevlin Henney at 12:25 No comments:

It was a con. Books, art and identity theftsharing. Yup, that — and more — was the BristolCon that was. So here are a couple of personal highlights...

The first session I went to was the Guest of Honour interview of Chris Moore by Jim Burns. Along with Peter Elson and Chris Foss, both interviewer and interviewee were among the SF artists whose imagery and style I most connected with — and was inspired by — in the late 1970s and 1980s. The interview was filled with anecdotes, history and backstory, as well as a slideshow of Chris Moore's better and lesser known work. I later cornered him to sign an old book of mine that featured both his and Peter Elson's art. 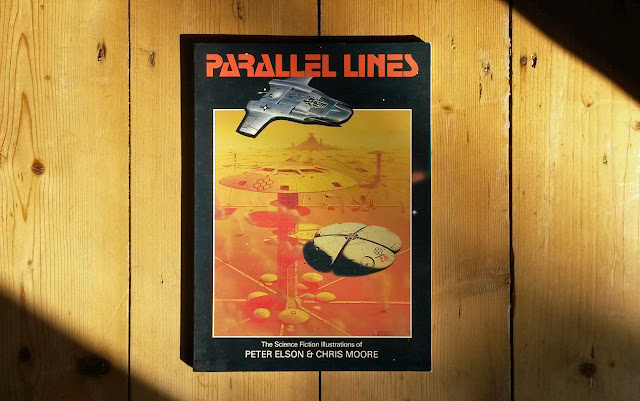 BristolCon was the launch site of Joanne Hall's much anticipated Spark and Carousel, a launch complete with rockstar entrance, lighting and cake. Much cake. And wine. It provided a second centre of social gravity away from the usual location of the bar. A more first-person report of the experience (and more behind the scenes of BristolCon) can be found here.

As for first person, this is me — and not Stark Holborn — on the "How Green Is Your Future?" panel:


To better understand this case of apparent identity theft, you have to go back to a sampling of Twitter the night before:

@JonathanLHoward @garethlpowell @BristolCon It is a comment on our times that, in so many senses, we are all @starkholborn.
— Kevlin Henney (@KevlinHenney) September 25, 2015


When I went to pick up my name printout I noticed Stark Holborn's — whose panels were done — was unclaimed. I claimed it.

In honour of the speculative fiction theme, I also scheduled some tweets for the day, covering the range from ghost stories and urban fantasy to augmentation and time travel: "#KrakenEvent", "Remembrance of Things Past", "The Woodcutter's Stepdaughter", "S3xD0ll", "Milk Teeth and Chocolate Eggs", "Promises You Can Keep", "Ashes to Ashes", "AutoKnowMe", "In the Garden of Uncertainty, and What Alice Found There" and "Starfall". These picked up some favourites and retweets as the day wore on.

One story that's not online but did get well received was the one I read for my reading. The reading followed the panel I was on and I presume people either forgot to leave or arrived early for the next panel. There is always the outside chance some people came to hear me read. For whatever reason, there was a very good turnout. Given the time constraint, I gave the audience a choice of either half a story ("Ragdolls", which appeared in the We Can Improve You anthology) or a whole one ("The Jar over the Edge", which was shortlisted in a comp a couple of years back). Perhaps unsurprisingly, people prefer wholes to halves, so I read out "The Jar over the Edge" for the first time. It works surprisingly well read aloud and seemed to be well received, so it's one I hope to read again in future.

Of course, more happened in the day than I've listed here, but it was mostly matters of conversation — AI, linguistics, time travel, fanzines, colds, Doctor Who, flash fiction — and if you want to know more about that, well, there's always next year, right?

Posted by Kevlin Henney at 14:53 No comments: