It's Friday and there is flash fiction, but it's not from me. For today's thoughts and tale I'm handing the mic over to the blog-touring Calum Kerr, author of recently published collection Lost Property and director of National Flash-Fiction Day, to channel the early eighties with a rendition of "Under Pressure", cunningly reinterpreted and recast as an allegory on creative writing. Take it away Calum! 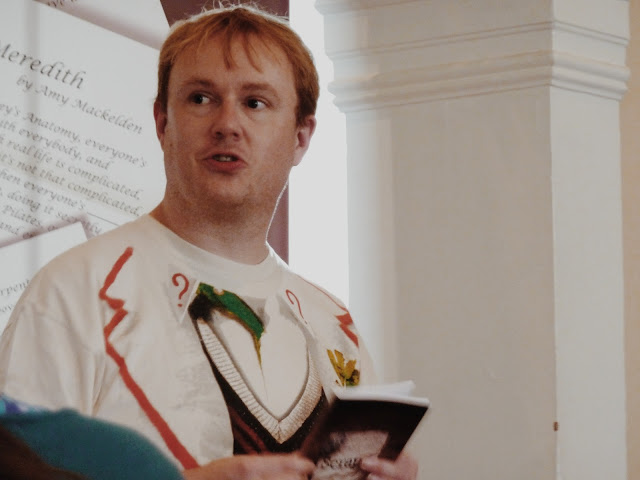 But also — and this is the reason why the terms have been placed in inverted commas — I have come to the opinion that there is no such thing as ‘writer’s block’, there is just insufficient motivation.

This is potentially a contentious position, but let me continue before you all start shouting and waving your order papers like crazed MPs waking from a post-prandial snooze to discover that your expenses have been outlawed.

I do believe that an individual piece of writing can grind to a halt. I also believe that sometimes, as a writer, you need to flick the switch from ‘transmit’ to ‘receive’ in order to refill the well, to have new things to broadcast, and to mix new metaphors. But, the idea that you can be full of the desire to write, full of ideas, but unable to write, just sits wrong with me now.

I firmly believed in it, back in those periods I mention above. And, I suppose, if it comes along again, I will believe in it again. But, my experience of the last few years will make it hard for me to convince myself of the fact. You see, back in late 2009, I discovered flash-fiction and it drew back the curtain and revealed the true Wizard of Block.

And, before you say that I am just in a particularly productive period or anything, I am currently 80,000 words into writing a novel and approaching its end, but I haven’t done any work on it in 6 months. Am I blocked? No. I’m just busy and insufficiently motivated to finish it (part laziness, part consumed with other work, part terrified of f**king up the ending).

But how, I hear you start to grumble, has flash-fiction convinced me of the myth of block?

Well, as is becoming very well documented, I have undertaken a couple of projects to write flash-fiction on a daily basis. First there was 31, then came flash365. That added up to nearly 400 flashes written in just over a year. How did I do it? Was I insanely inspired? Were aliens beaming stories into my head? Was I churning out rubbish and calling them stories?

Well, the last one is something you would need to judge for yourself, but considering the number of them which have found publication, I think perhaps not. So, how did I do it?

The first project, thirty-one stories to be written in January 2011, happened from a casual conversation with my then girlfriend, now wife, Kath. I put it forward as an idea, half joking, but when I woke the next morning a Facebook group had been created so that several dozen of my friends could monitor the project and make sure I was doing the work.

The next time around, I understood the need for the stern gaze of outsiders forcing me on, so I committed to publishing a new story every day on a blog, with a cut-off of midnight. And it worked. I never missed a day. If I was worried that I might, I wrote the stories early and scheduled them. After the first few times that I swerved too close to the deadline and received emails and Facebook messages asking me ‘where the heck is tonight’s story?’ I knew I could never miss.

And then, my promotional activities for National Flash-Fiction Day landed me on radio shows, on both Radio 4 and Radio Solent, being given a sound-effect, a time-limit of twenty minutes and half an hour respectively, and being told to produce a broadcast-worthy story.

And now? Now I have started writing flash-fictions as a performance. I use a projector connected to a computer with a word processor, I take prompts from the audience, put five minutes on the clock, and craft a tiny tale while an audience reads along. It’s terrifying, but it works!

Add all this together and you can see how my belief in THE BLOCK might have dissolved. You see, there have been times during all of this when I have really not wanted to write. Times when I have been as resistant as a resisting thing. Times when I was sure that I would put my fingers on the keys and nothing would happen. But it always has. Always. All I have needed is the motivation.

And, this is the sad truth of being a writer. Until you reach a certain level of success, where your editor is dribbling down your neck, reading your words as you type the last full stop, then there is no such thing as a deadline except those you create for yourself. Through flash-fiction and my crazy projects, I have discovered a way to build some of these for myself. What would be your way?

So you can see what happens under pressure, here is a story I wrote for the Radio Solent Breakfast Show on National Flash-Fiction Day 2012. I was given the sound effect of a ship’s horn and thirty minutes to write. I managed to produce two stories in just under fifteen minutes. This, the second one, is the one which I then broadcast.

The foghorn tore the air with a blast which echoed back from the quayside.

Celia had been four years old the last time she had been here. She barely remembered it. Visions of green and grey were all that she had in the way of childhood memories.

But now, here she was again after a lifetime of other countries.

She thought of growing up in Australia, and then the years spent in New Zealand as they travelled for her father’s work.

In New Zealand she met an Italian man and he took her all the way home to meet his family. She stayed in Italy for twenty years.

But when he left her for a local girl who didn’t need to hide her pale skin from the sun and didn’t — still! — need national customs explaining to her, she had set off on her own. Four years working in Belgium and three in France had finally been enough. She had needed something else. She had handed in her notice. She had packed her bags. And she had set sail.

And now, here she was.

She was here. She was home. 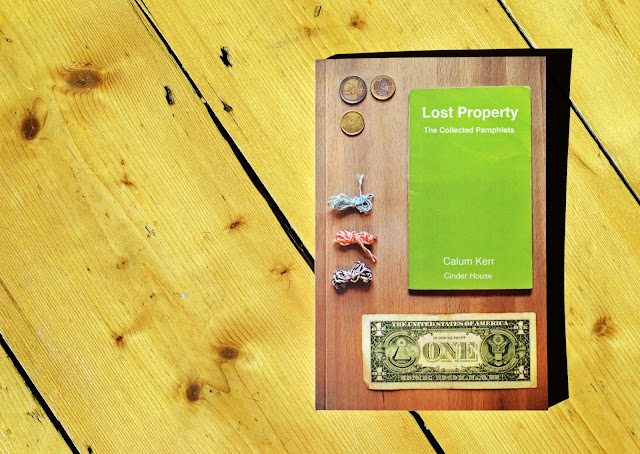 Calum Kerr is a writer, editor, lecturer and director of National Flash-Fiction Day in the UK. He lives in Southampton with his wife — the writer, Kath Kerr — their son and a menagerie of animals. His new collection of flash-fictions, Lost Property, is now available from Amazon or direct from the publisher, Cinder House.

Posted by Kevlin Henney at 10:02 No comments: