In and Out of the Liminal

And so off to Weston-super-Mare for the evening, picking up Joanne Hall and Gareth L Powell en route. As road trips go this wasn't quite On the Road, set to leave an indelible mark on the literary landscape, but it was still fairly literary. We were off to read at an invitation-only Liminal event hosted by Karen Blake, with Chris Knight and Becky Condron also reading. Here's what happened and here's how we looked (photos taken by Keith Ramsey). 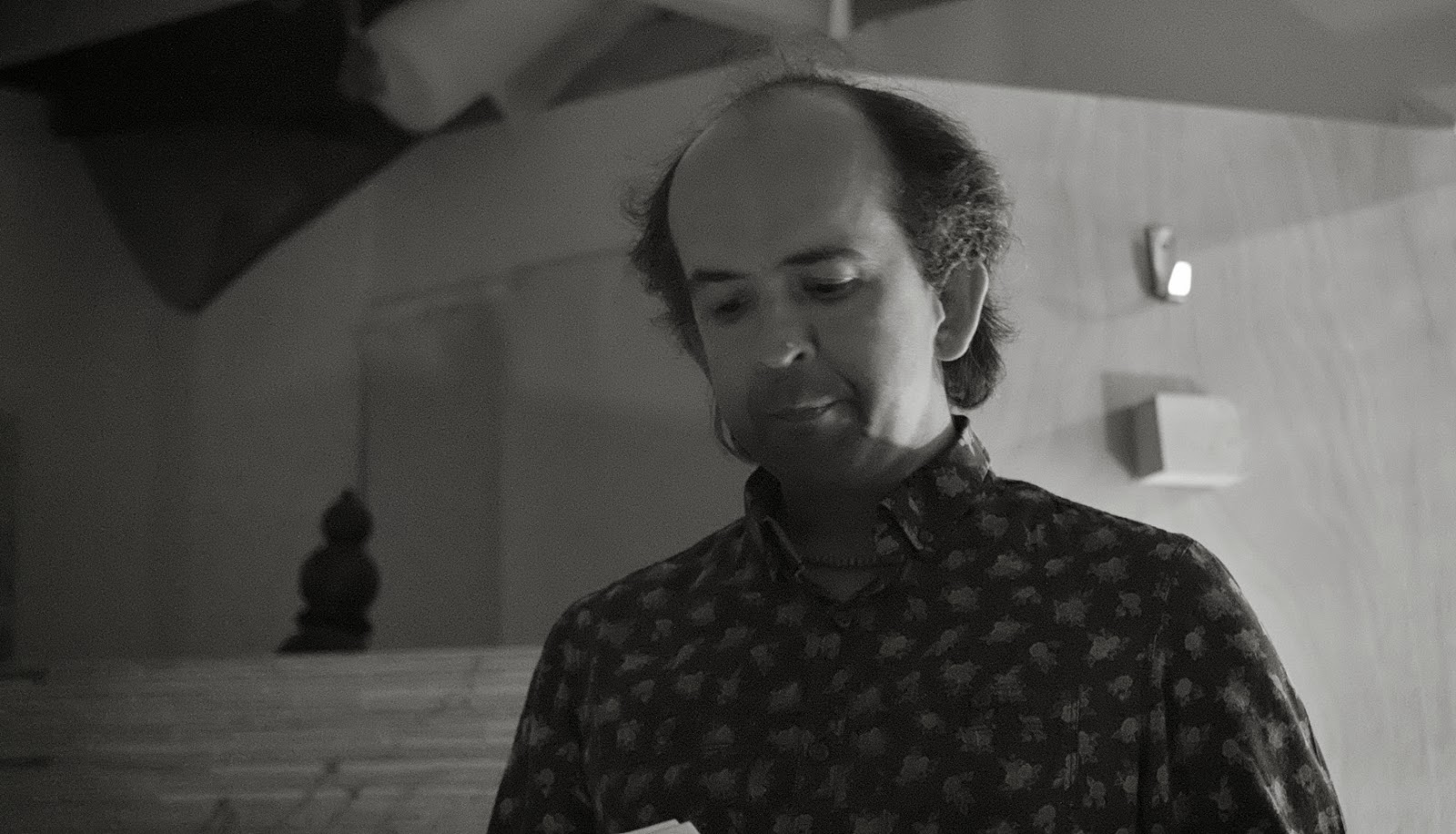 And speaking of three and published, three flash fictions of mine have recently been appeared online: "Checking in at the Hotel Cantor", my entry into this year's Lascaux 250 competition; "The Kylling", a drabble and a half of Scandi crime appearing at Cafe Aphra; and "Detitled", a 273-word metafiction published in the Miniature Magazine.

In competition news, my entry into NYC Midnight Short Story Challenge didn't make any impression on the first round — clearly my mastery of historical fiction involving ballerinas and secret clubs needs some work — but my entry into the Flashbang contest has made the longlist.

If you're interested in reading more of my stories, almost all the ones that have appeared online are also linked from my Pinterest page. I also republish stories on this blog a few months to a year after they first appear in print or online.

Posted by Kevlin Henney at 11:45 No comments:

I haven't pursued photography in the last couple of years as actively as I did during the year of the Street Photography Now project, but I continue to take pictures and, every now and then, enter something into a competition. There were two sites in particular that I submitted pictures to, one of which seems to have been discontinued and the other seems to be stuck in stasis.

The Pictures2Win site ran multiple competitions, and I managed second place in a couple. The quality range was broad enough that the good shots were very good and the poor ones made me feel very good. Late last year the site wound down to undergo a revamp... but never came back. I still keep a flickr set of my entries. Here are the two images that won second place (and some cash) in their respective competitions:

An altogether different competition was the monthly competition hosted by Karl Taylor Photography, which has, since last summer, been promising a new competition — to date, an unfulfilled promise. My entries to date can be found in this flickr set. The calibre and professionalism of photographs in this competition was generally very high, so having two selected for the competition galleries was two more than I ever realistically hoped for:

As an aside, a couple years after taking this image in Hong Kong I came across Michael Wolf's Architecture of Density project, which gives greater justice, depth and breadth to the idea — and similarly puts many of my other unshared Hong Kong pictures in the shade!

Posted by Kevlin Henney at 19:40 No comments: