Sex, Libraries and Staying Up Late

It's almost the end of October... so about time I said something about September, especially as there are a couple of things to say about October that deserve their own post.

A few things happened on the flash fiction front, not least of which was having a story, "Another Coffee", published in Flash Me! The Sinthology. 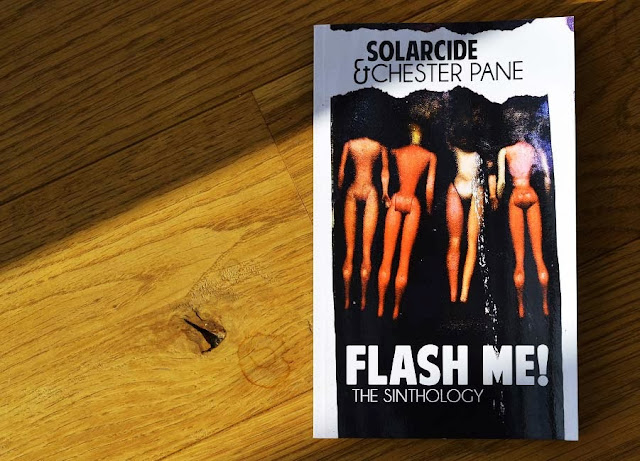 I also had "Carefree", a drabble and a half, published with The Pygmy Giant.

I took part in a flash slam in Brighton, along with eight other flash-fictioneers, based on up to three rounds of story readings, with no story longer than 300 words. All slammers read in the first two rounds; I fielded "Authenticity" and "Wrecked", but didn't make it through to the final round. The standard of the three finalists was high, with Marc Nash emerging the outright winner. Great fun, even though it involved a lot of driving on my part!

And, speaking of participation, something completely different: The NYC Midnight Flash Fiction Challenge, a series of 48-hour writing challenges. I found out about it a few hours before the first round kicked off and, on a whim, signed up. You're randomly assigned a genre, a location and an object for your story, and 48 hours — or less, if you're respecting your local time zone — to write a story of no more than 1000 words. What did I get? A suspense story set in a cemetery, which must at some point include a sewing machine. Not a genre I've written in, with a setting that is a minefield of clichés and an object that could turn could bathetically undermine any attempt at suspense. And that, I guess, is why it's called a challenge! Anyway, it was good fun, more than I expected, and the next round is coming up this weekend.

And last, but most definitely not least, I did a reading at Winterbourne Library with four other local authors. I normally read out flash fiction, either dark or light, often wry or explicitly humorous, sometimes something at the other end of the scale. What I chose — "Promises You Can Keep" — was none of these and I was unsure of my choice beforehand, and even a little uncertain about it afterwards. Should I have chosen something more in my comfort zone? Something funnier, something darker, something else? A couple of days later I received a comment on this blog that told me it was the right story. I've received comments on my stories before, but this one is worth more than all of these put together.