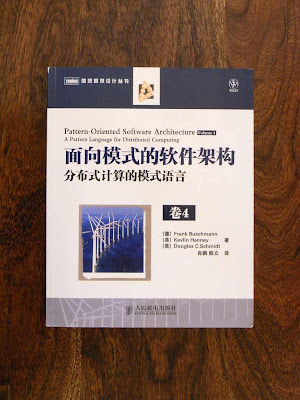 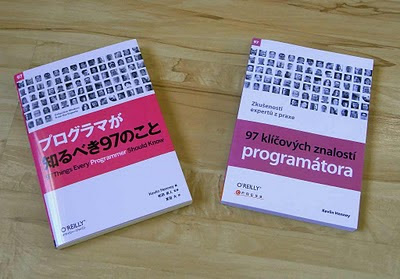 And just before Christmas — pretty much the last post before Christmas — I received the Japanese and Czech translations of 97 Things Every Programmer Should Know, which I edited. I had been told that the production quality on the Japanese editions is quite something. Now I have it in my hands, I can confirm: yes, it is. From the dust cover to the page design to the quality of the paper to the supplementary content, it is an exemplary model for paperback books everywhere. I have also had the pleasure of a brief email exchange with the translator, Takuto Wada. As I understand it, Korean and Russian translations are in the pipeline — let's see what the new year brings.
Posted by Kevlin Henney at 09:57

The translator of POSA4, Xiao Peng, emailed me confirming that he has completed translation of POSA5, so it will be available this year.