Good Things Come in Threes (and Get Blogged Late)

In the wake of tragic events "Too soon?" is often used to punctuate (and emphasise) humour that may be considered somewhere dark and distasteful. But in the slipstream of successful and uplifting events there is no such thing as too soon.

Rambling. What am I going on about? Flash Fiction Day, 27th June, for which I helped organise events in Bristol, that's what. And have — until now — completely failed to blog about. That's what.

And what a day it was! It started with some seemingly dodgy exchanges in a car park in the centre of Bristol, two blokes moving boxes from the back of one car to another in a deserted and slightly overgrown concrete space. In truth, it was nothing more sinister than me taking delivery of books from Calum Kerr to drop off at the library and Foyles. Not particularly dodgy, but perhaps a bit geeky: I was going to accuse Calum of nerdiness for wearing a Doctor Who T-shirt, when I realised I was wearing a Nostromo T-shirt and thought better of it. Yes, these are the people who helped bring you a high-quality, high-brow lit event!

In some of the boxes were to be found Landmarks, the rather fetching and freshly minted NFFD anthology featuring some of the readers on the day, as well as other well-known flash authors, and opening with "Hilary Is the Winters of Keith's Discontent", a story of mine that helps get into the geography theme of the anthology — as well as being a perfect opportunity to put some of the airport codes I tweet when I travel to some good use. 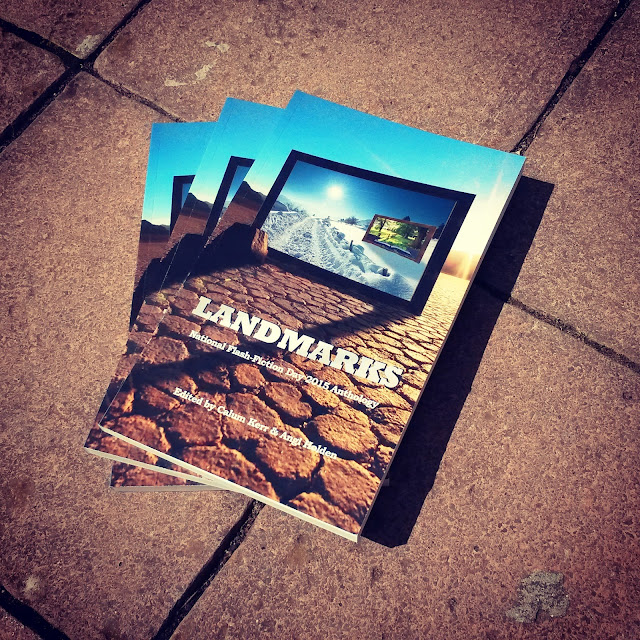 The afternoon kicked off at the Central Library with Ken Elkes's workshop on openings. No matter how short a work fiction is, it still has an opening, something that marks the reader's transition from being outside the story to being in its heart. The opening is engagement, introduction, scene setting, mood setting and, hopefully, hook.

There were some great insights and good discussion during the workshop, concluding with a prompt-based exercise that lead to a more complete story than I'd imagined. Using a prompt or two — images, words, quotes, the room around you, etc. — is common for flash fiction, but Ken encouraged all the workshop participants to find multiple prompts from around the library. I ended up with nine and a story I hope to do something with.

Calum followed up with a discussion of the pros and cons of clichés in writing, whether clichéd phrases, clichéd characters or recurring plot structures. You normally want to identify clichés in order to avoid them, but they can be used constructively. Certain cultural clichés, especially in speech or a first-person point of view, allow you to convey things about you characters without having to say them explicitly. In flash fiction, clichés can offer you a shorthand that lets you communicate buckets without kicking the word limit. Clichés also set expectation, which can be subverted to surprise the reader. 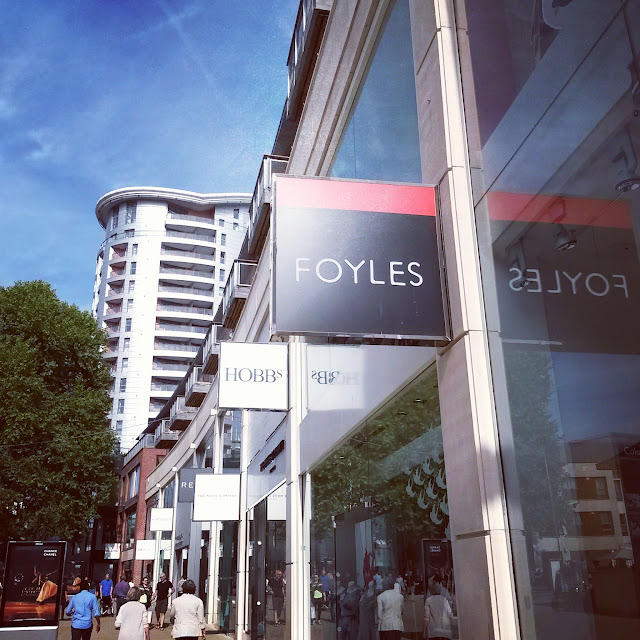 Much as I like readings in bars and conventional stage settings, there is something quite special about readings in a bookshop. Stories coming to life in a place of stories, words written and words spoken. But that might just be me.

And I know I'm (not) supposed to say this, but I'm going to anyway: of the three BristolFlash NFFD reading events to date, I probably enjoyed the this year the most. Was it the readers, the stories, the location...? 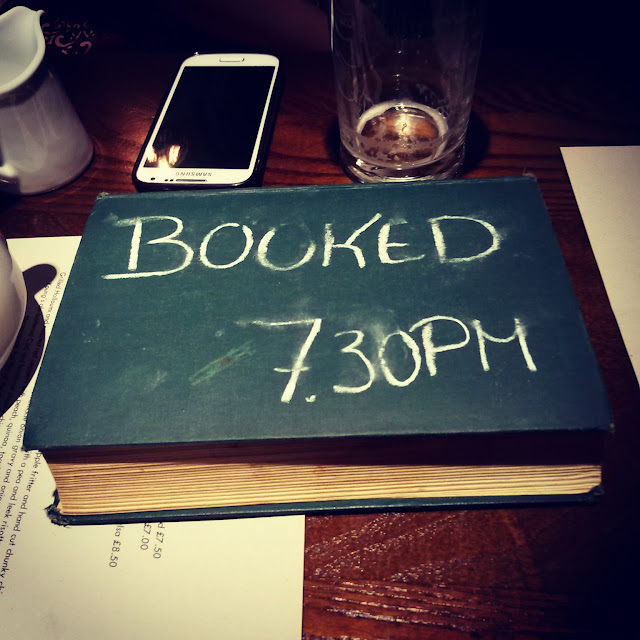 That said, we were pushed for time and ran right up against Foyles' closing time. But that was not the end! Oh no, like a modern Hollywood studio, we had planned for a trilogy. The third and final (and drawn out) event was at Horts. Early indications were that a few people — maybe fifteen — would turn up. In the end it was twice that — so much for polls and estimates, eh? Horts is fortunately not your usual Saturday-night-in-the-centre pub, so there was space and food and drink for all.

Photographic evidence of all (well, some of) this can be found here.