April came and went, as it is wont to do, complete with showers, but mostly chilled temperatures. May has arrived with the unexpected addition of sunshine. Picking up where I left off, I've had a tabloid paparazzi — collective noun for a number of flash fictions? — of flash fiction published in the last few weeks:


In other flash-related news, the NFFD's micro-fiction competition results were announced, with the winning and commended entries readable online. The judging was tough — nearly 450 entries that had, ultimately, to be turned into an ordered list of 10 — but enjoyable.

In personal competition-related news, I had a story longlisted for the Fish Flash Fiction Prize and another picked as a runner-up in the Salt Flash Fiction Prize. My entry, "A Higher Calling", will be included in The Salt Anthology of New Writing 2013 due out in a few months. 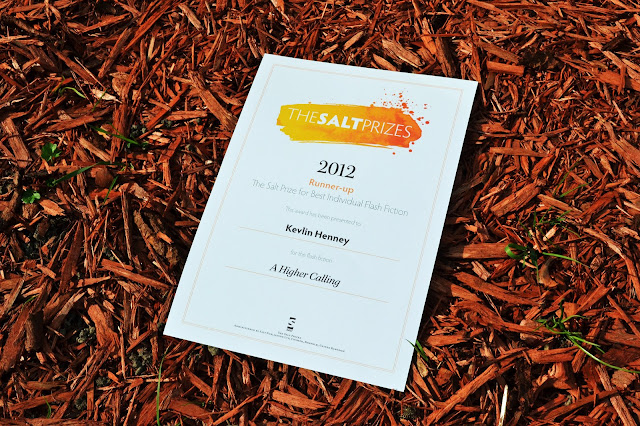 The Word of Mouth event last month was great fun and well attended. Two readers chose to read flash — Tania Hershman and me — and two chose longer short stories — Holly Corfield Carr and Nick Rawlinson. The pieces I read included "A Higher Calling", "So You Think You Can Cook?", "Authenticity", "Wrecked", "To Catch a Falling Leaf" and "S3xD0ll".